In November 2020, a music video on the internet featured a young lion that was clearly injured. It led to a public outcry and soon, FOUR PAWS found out that the animal belonged to a private owner in Picior de Munte, in the southern part of Romania. The young lion, called Simba, was not the only big cat living on this property: a total of nine lions were found to be living in small, unsuitable cages full of faeces and skeletons. Due to uncontrolled breeding, as well as lack of professional and veterinary care in inappropriate and unsafe keeping conditions, there was an urgent need for action!

After long negotiations that started after Simba was located, as well as intensive preparations, our team managed to come to an agreement with the owner – who had a license to keep the lions in his backyard on a legal basis. The seven youngest lions, which are all siblings from different litters and the result of uncontrolled breeding, would be handed over to us. We could not yet convince the owner to also give up the two parents and a recently born cub, but an agreement was made to apply anti-conception for the older couple and end the breeding for good.

On September 29, the loading of the lions for their rescue was finally about to start. It was a day full of unexpected challenges which required the utmost from the team on-site. A team of six veterinarians had to put several lions under anaesthesia simultaneously in order to get them out of the saddening conditions in which they had spent their entire lives.

"The conditions we encountered were challenging, even for such an experienced rescue team and required maximum security measures. As long as dangerous wild animals such as big cats are kept in inappropriate cages, only secured by a questionable fence, the safety situation remains concerning.”

After a long trip through the continent from East to West, two days later the seven lions arrived at FELIDA Big Cat Sanctuary in The Netherlands. An exhausting, emotional journey for every person and animal involved finally came to an end. What a relief it was to see the seven lions enter their new homes for the first time. Simba and his siblings Elza, Vincent, Roman, Dolf, Ellie and Geena are safe at last.

Simba was born in July 2018, and made the news after being abused for a music video. At FELIDA he will receive the intensive care he needs.

Elza was born in February 2015, and is a very shy and sensitive animal. She will get all the time she needs to feel at home

Vincent was born in July 2019, and is the first one to show up when it is dinner time. We hope that in time, he can be transferred to LIONSROCK.

Roman was born in July 2019, and is the most curious lion towards the animal caretakers. We hope that in time along with some of his siblings, he'll be transferred to LIONSROCK.

Dolf was born in July 2019, and is the most shy one of the younger siblings. Dolf will hopefully be transferred to LIONSROCK.

Ellie was born in July 2019, and is a very friendly and playful lady. We hope Ellie will also be making the journey to LIONSROCK.

Geena was born in July 2019, and follows her sister Ellie everywhere. We hope that in time, she will join her sister in a transfer to LIONSROCK.

We will not give up

During every rescue mission, we have to be prepared for unexpected challenges. This was also the case in Picior de Munte. Although the owner had previously agreed to a vasectomy of the adult male lion that stayed behind, he changed his mind during the mission while some lions were already loaded and others were not. “We are relieved that we temporarily stopped breeding by treating the female that stayed behind and that we managed to get the seven lions to safety, but we are not done with their previous owner yet. We will not give up on the lions that stayed behind,” says Dungler.

This challenging mission could not have been done without the help of our partners on the ground. Our local partners in Romania, ARCA and Animal Society, the wildlife veterinarians of Leibniz Institute for Zoo and Wildlife Research and the University of Veterinary Medicine Vienna, the safety officer of Awareness Schmiede and the transporters of EKIPA. Furthermore we would like to thank everyone who contributed to this rescue, especially Tigers in America, Dolf S. from Hergiswil in Switzerland and a donor from Monaco. 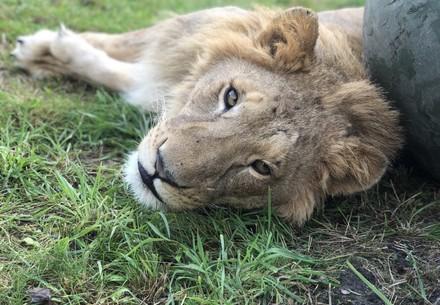 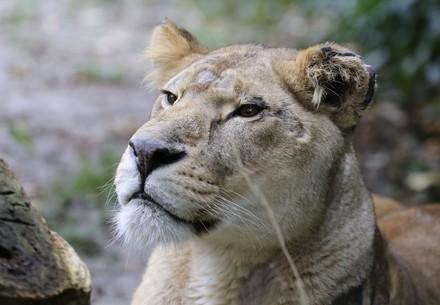 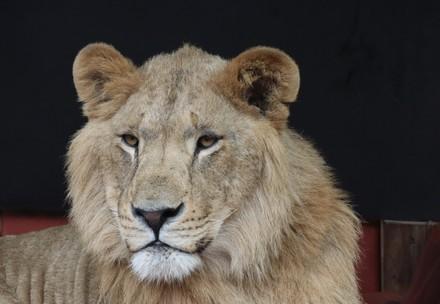