Bobby was together with the lions Zhaku and Lenci, rescued from Safari Park Zoo Fier in Albania by FOUR PAWS. This zoo was known as “Europe’s worst zoo”. His battered nose is a sad reminder of his difficult life in Albania. Since May 9th, 2019 he lives at the FELIDA Big Cat Sanctuary.

In October 2018, a FOUR PAWS rescue team managed to rescue the three lions, as well as the other wildlife from Safari Park Zoo Fier. Bobby had lived on a concrete floor in a small cage for years. There was no protection from wind, rain or sunlight. After the rescue, the lions were transferred to a temporary residence in the Albanian capital, Tirana, until the Albanian ministry authorised transport to the Netherlands. Unfortunately, the ministry initially did not cooperate, and bureaucratic arbitrariness hindered the movement of the three lions. FOUR PAWS launched an online petition signed by nearly 70,000 supporters. With success: the lions got the green light. After a journey of 52 hours and almost 3,000 kilometres through ten countries, they were finally home.

After the rescue, the care begins

Sometimes we say that the work really starts after the rescue. Bobby, Zhaku and Lenci were all in very bad shape. So bad, unfortunately, that help came too late for lion Zhaku: he died two months after arriving at FELIDA. Bobby didn't have an easy time either. He suffered from teeth problems and a severe urinary tract infection. Although we could help him with both problems after his arrival at FELIDA, it took him a long time to completely recover from this. In addition to that, he suffers from kidney failure. No recovery is possible for this, but we support him with medication to provide him with the best life possible.

Bobby's favourite hobby is to lie down and rest, relax and sleep in his hammock. He is not a playful or active lion. After his morning routine - in which he examines his enclosure, marks his territory and roars in the ‘lion choir’ - he jumps into his hammock where he prefers to lie around all day. Enrichment is simply not his thing. On the other hand, he really likes the clicker training with his caregivers. He is very intelligent and eager to learn. But otherwise he is most of all just very lazy. For years, Bobby lived on a concrete floor, but now he has finally found peace.

Update 2021: developing into a confident lion

When we rescued Bobby, he was really sick and vulnerable. He had to come a long way, but nowadays he is doing very well. In spite of his failing kidneys, Bobby enjoys life to the fullest every single day. He does not have to be stressed or anxious anymore. And to see him feeling so well, confident and at home really is a blast!

Bobby is over the moon with his new neighbor: lioness Elza. This interest is mutual. In the beginning Elza was still a bit suspicious towards him and when she indicated that she needed more space, he gave her this like a real gentleman! But now she shows more and more interest in Bobby. We are therefore rotating their enclosures so they can discover each other's territory. We will monitor their behaviour closely and see how these interactions develop in the future.

Will you adopt Bobby? 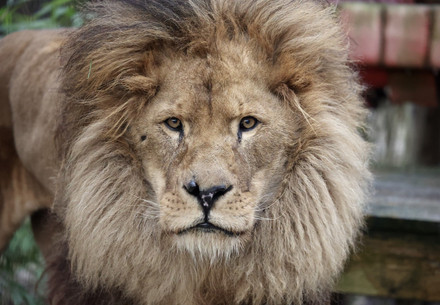 The king of FELIDA. Rescued from “Europe’s worst zoo” 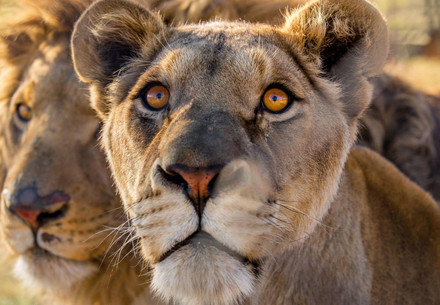 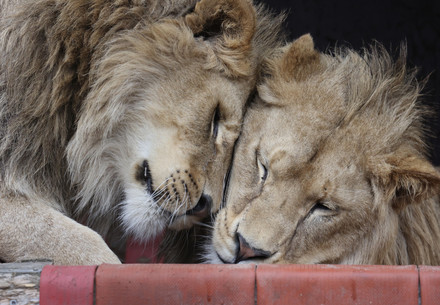