FELIDA is located in Nijeberkoop, a small village in the Northern part of the Netherlands and takes care of big cats that were abused, neglected or discarded and were forced to live under poor conditions in private captivity, circuses and zoos.

Development of the sanctuary

FOUR PAWS officially became involved with the big cat rescue centre in Nijeberkoop at the end of 2013, and changed its name into FELIDA in 2014 (read more about the history here). Since then a lot has happened: Several animals have been brought to LIONSROCK, our Big Cat Sanctuary in South Africa. As a result, more space became available for the animals staying behind. Their enclosures were enlarged to provide them with more space to move and play with their enrichment.

Despite the limited space at the location and its old facilities, FELIDA was able to develop into a 'special care' sanctuary for big cats with physical or mental traumas. Thanks to this, FELIDA could take in 17 newly rescued animals from Syria, Bulgaria, Albania, Romania, Ukraine and Montenegro.

Unlike our sanctuary LIONSROCK in South Africa, the current enclosures at FELIDA are old and too small to comply with our own quality standards for a sanctuary. That is why we want to expand. Read more about our future plans here.

Not only are the size of the enclosures an important topic for FOUR PAWS' quality standards. Other topics are animal welfare, health, animal-human relation, food, safety, hygiene, transport and research. Wild animals do not belong in captivity, but the big cats that we rescue from poor conditions are unable to be released into the wild.

Therefore, we aim for a solution where the animals can live a species-appropriate life. That means that they can show their natural behaviour, do not suffer from hunger or thirst and are free from pain, fear, stress and other discomforts. Animal welfare is our highest priority!

After a long life in a concrete cage, lion Bobby can finally enjoy life at FELIDA Big Cat Sanctuary 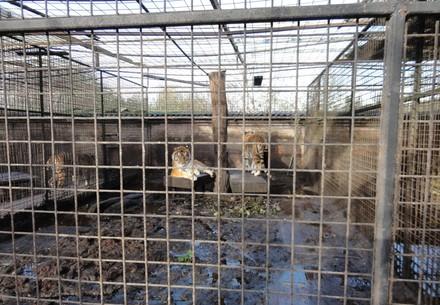 FOUR PAWS International was requested to help a Dutch rescue centre in 2013, which later led to a complete takeover 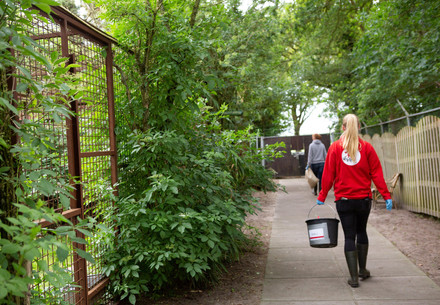