The siblings Roman, Vincent, Dolf, Ellie and Geena were born in private keeping in Romania before they were, together with their two older siblings Elza and Simba, rescued by FOUR PAWS

When Simba, the older brother, reached the news after he was exploited in a videoclip, FOUR PAWS worked hard to change the future of the lions found in private keeping in Picior de Munte, Romania. Long negotiations and intensive preparations led to the actual rescue in the fall of 2021.

On the 1st of October, all seven siblings arrived at FELIDA. After the release it became clear pretty soon that although the five youngest siblings come from the same litter, each animal is very different and therefore needs a different treatment plan. Get to know Roman, Vincent, Dolf, Ellie and Geena:

He is very playful and curious!
Roman is the lion who explores the most and dares to investigate new things. Also he is impatiently waiting to greet his caretakers when they are approaching. Roman is developing himself as the big leader of the pride.

Vincent is a happy lion in the prime of his life. He can be found often together with Roman. He is very eager during feeding time and we can see this in his weight: he is a bit too fat. At FELIDA, he receives a tailor-made diet.

He is the most shy one of the younger siblings.
Dolf is the smallest male and last in ranking. He is most sensitive to changes and life in captivity. Therefore our team is busy to build up a trust relationship with him.

She is naughty and curious!
Ellie is a beautiful young lioness that loves to play with enrichment and her siblings. She looks a lot like her sister Geena, but is a bit bigger and also slightly more dominant.

She follows her sisters lead.
And with that, Geena is just as naughty and curious. The gorgeous lady feeld completely relaxed with her brothers and sister and loves to play a lot.

Roman, Vincent, Dolf, Ellie and Geena, used to live together before we rescued them. However, since they are close to reaching sexual maturity and we want to avoid offspring – because they are related, but also since FOUR PAWS has a strict non-breeding policy to avoid more wild animals in captivity – we separated them since their arrival to take proper measures. Now that Ellie and Geena have recovered from their laparoscopic castrations, it was time to reunite them!

Because Dolf is the most submissive of the group, we gave him a head start by reintroducing him with his sisters first. This went well, so Roman and Vincent were soon allowed to follow. We are very happy that all 5 are back together, so that we can prepare them for the planned future: LIONSROCK in South Africa.

Since the siblings are getting mature, we also see the dynamics changing. Roman is developing himself more and more as the big leader of the group. Dolf on the other hand, is last in ranking. This is not necessarily a bad thing: they have to find their way of living together in a peaceful way. We do however keep a strict eye on all of them to ensure they get the tailor-made care they need.

Update May 2022: dynamics are changing

Roman was the leader of the quintuplets from the moment they arrived at FELIDA, but lately we see the dynamics in the pride slightly changing. While Roman is still the first one to play with enrichment, it is actually Vincent who takes the lead when it is feeding time. It seems the two of them are figuring out who the big boss is. Luckily they do so in a peaceful way: being in each other’s company is what they love best.

We have a big party at FELIDA! Roman, Vincent, Dolf, Ellie and Geena are celebrating their 3rd birthday.

The moment we have all been waiting for: The quintuplets are HOME! The quintuplets arrived safely at LIONSROCK. We say goodbye to them with a smile and a heavy heart. On the one hand, we will miss the 5 lions very much, because we have devotedly taken care of them during the last year. But on the other hand we also know that LIONSROCK, which is offering them almost unlimited grassland with bushes and trees, is exactly the right place for the young energetic animals. So, our entire team is very happy for them. 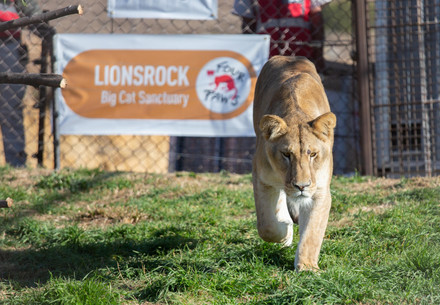 The Journey of the Quintuplets

From Sadness to Special Care to South Africa 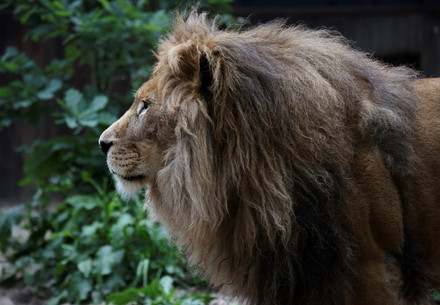 Adopt a Lion or Tiger 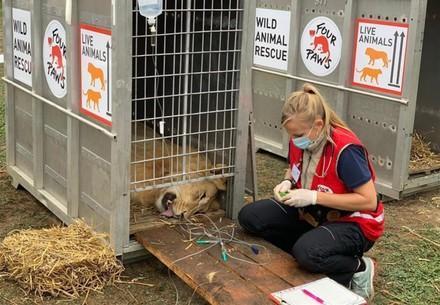